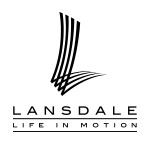 Discover Lansdale, the nonprofit dedicated to helping the borough grow as a vibrant and evolving destination for businesses and families, today announced its purchase of a historic former Reading Co. freight station in an effort to preserve a vital piece of Lansdale's heritage.

The purchase of the structure, located at the intersection of South Broad and Vine streets, was part of a multi-stage agreement between the previous owners and the Lansdale Parking Authority. The authority purchased the entire property from those owners to increase the inventory of parking spots in the borough; Discover Lansdale then self-funded the purchase of the building for $60,000 from the Authority, and signed a 99-year lease with the Authority for the land on which it sits.

"We are thrilled to contribute to the preservation of this piece of Lansdale's history," said Mary Fuller, Discover Lansdale's president. "Just as the railroad began our town's development as a center of commerce, the freight station played a key role as the departure point for Lansdale-made goods and products that were shipped around the world."

Fuller noted that, aside from the historic aspects, the freight station offers myriad possibilities for future use. "The interior is a huge open space from end to end (130 by 35 feet), just what it was originally. This makes it adaptable for so many possibilities."

The station, which has been unoccupied for more than three decades, was constructed in 1903 and holds an important place in Lansdale's history. For many years it served as the shipping terminal for the town's major industries, including the Heebner Agricultural Works, the Cox Stove Works, Franklin/American Olean Tile Co., Lansdale Tube Co. and numerous large hosiery mills. It was also a transfer terminal for goods destined for Norristown or Doylestown.

The structure's massive stone walls were constructed by the Boyles family, local stonemasons whose workmanship was highly regarded in the community. With the exception of the platform roof and several overhangs, the building looks much as it did in 1903, and is generally structurally sound, although relatively extensive rehabilitative work will need to be done before it can be occupied. Discover Lansdale has allocated additional funds to begin that process.

Efforts to save the freight station have been under discussion for more than a decade. Among those concerned about the building's fate has been the Lansdale Historical Society, which included it among its list of most endangered historic structures in Lansdale.

"We're breathing a sigh of relief," said Dick Shearer, society historian and a Discover Lansdale board member. "Over the years the town gained a reputation – justified or not – of tearing down historic buildings then regretting it later. This is a great start at reversing that trend."

Discover Lansdale plans to form a committee among multiple community stakeholders to oversee restoration efforts and to examine potential community uses for the building. Suggestions from past proposals include a railroad museum, a Lansdale visitors' center, a larger display venue for the Lansdale Historical Society, and a year-round marketplace for local farmers and vendors.